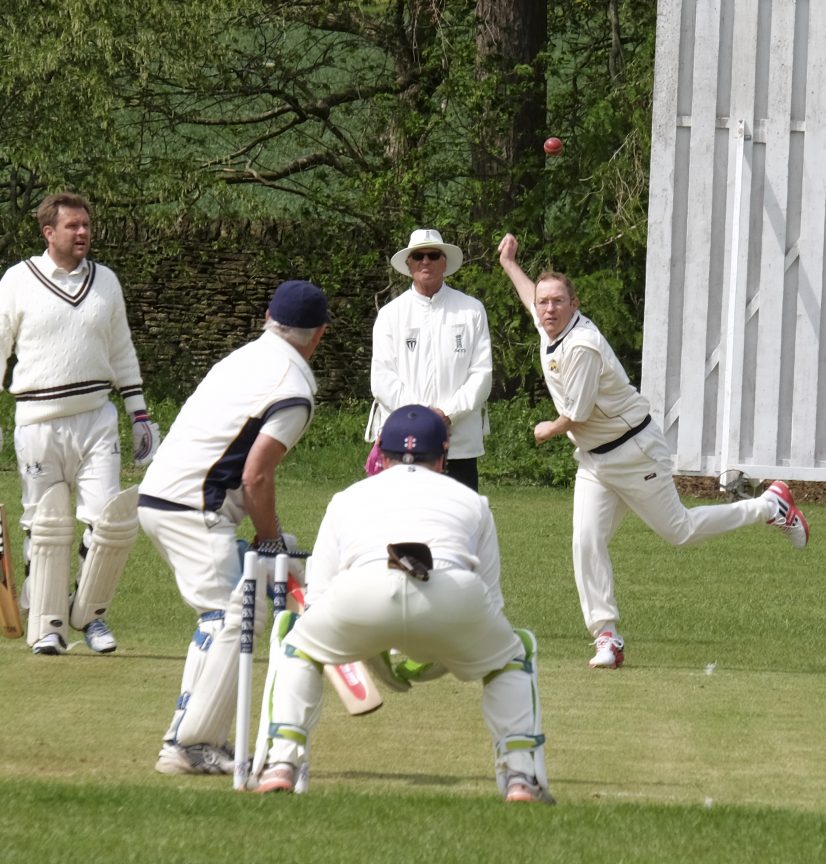 Purton post 112 all out and Sherston struggle to 70 in response.
Hurricane Hannah raised the curtain on Division 5 of the 2019 Wiltshire County Cricket League at Pinkney Park. Strong winds had removed the covers during the night and allowed significant precipitation onto the strip akin to the uncovered pitches of old.

Newly promoted Sherston welcomed back three familiar faces in the opposing team. Former Magna Captain and all-round top man, Phil Duffell, now a Purton stalwart, his son Alex, along with Jack Goodwin, son of ex Sherston wicket-keeper Matt. It was very nice to see them. Unfortunately, the two agile youngsters came back to bite us on the behind in the field.

The toss went the way of Captain Kutchera and a strong home team took to the field. With ten bowlers to choose from, five were used and the ten wickets were shared between three of them. Pick of the bowlers was Harry Stevens, the left arm tweekers came out beautifully and he took 5 for 13. Dave Nelson bowled his 9 overs straight through and returned 3 for 29, including the unplayable ball of the day satisfyingly clipping the top of off stump. Wiping up the crumbs, with 2 for 26 was Simon Hulance.
Purton all out for 112 in only 33 overs. A good performance in the field apart from two dropped catches, the score may well have been below a hundred.

After tea, Sherston had 45 overs to score 113 runs but only managed to score 70 runs, before being bowled out in 33 overs. The only player to reach double figures and look in any sort of form was James Harmer, out for 29. Eight of Sherston’s willow-wielders gave catching practice and Purton held some very good catches.

After a disappointing start to the season, May the 4th be stronger with us against Bathford CC.