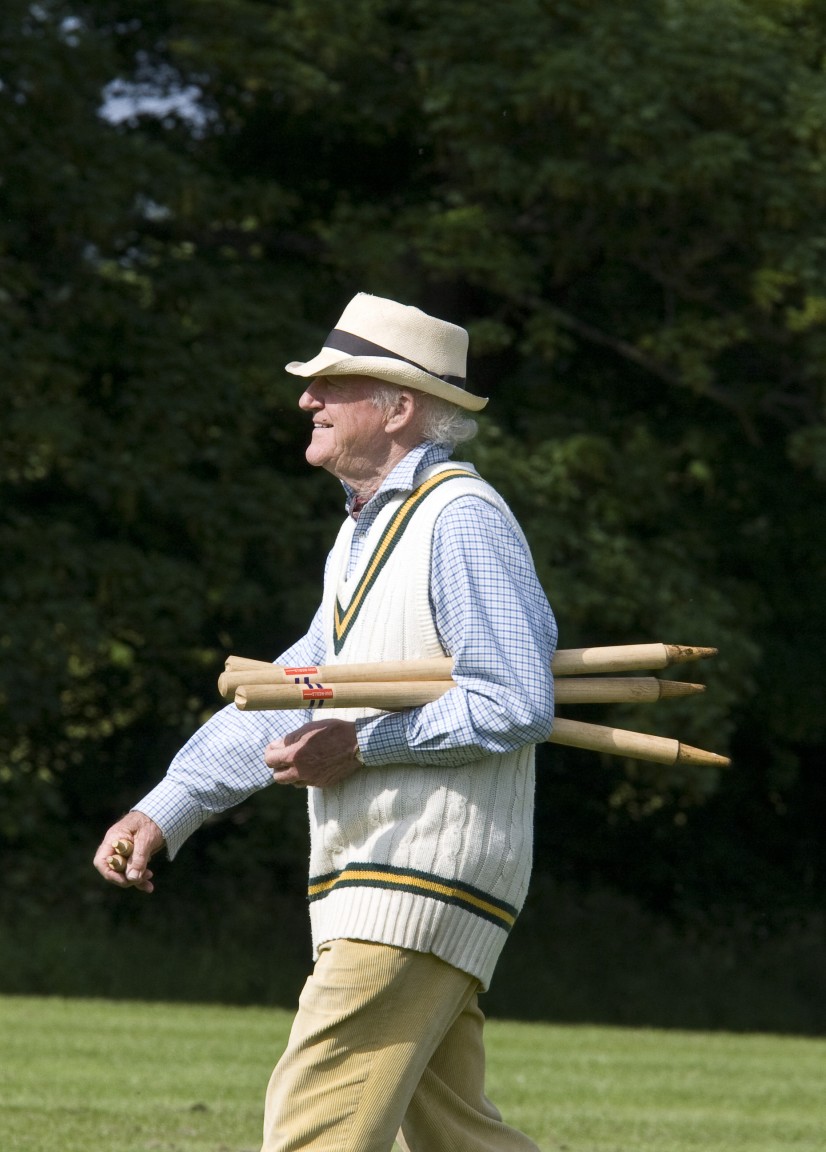 It was an honour, but also suddenly very daunting, to think about writing a few words to mark the sad passing of Neil Forster. I can only hope others will tell me these few words get even remotely close to explaining how I feel about a remarkable person I first met probably twenty or more years ago.

I actually can’t remember when I first met Neil. I can only remember feeling, as a young(ish) cricketer playing for Sherston Magna C.C, that somehow I had known him for ages. He had an iron handshake, that reassured and intimidated in equal measure. More importantly, thank goodness, he had grace, friendship and integrity, and also an abounding joie de vivre (especially if you were willing to talk ’all things cricket’ with him for a while), that made you feel you were in good company and all was well. Neil had the rare ability to make you feel special, just by the fact he was willing to spend time with you – and for the cricketers of SMCC who have had the opportunity to be a friend of Neil Forster’s over the years, what an honour and privilege that has been. I can honestly say one of the most treasured aspects of having played for the club for so many years, that I will always carry with me, is the chance it gave me to know Neil and to consider him a friend of mine. If I may, I would like to share two very quick memories…

The first goes back to 2004. I had been away, down in Devon, for a number of years. It was probably at least 6 or 7 years, if not more, since I had last lived up this way and since I had last wielded the willow in anger for SMCC. I didn’t expect I would be remembered by anyone, if even there was anyone still involved in the club that I remembered from the years before, when as a young, athletic, ‘fielder supreme’ I had tended to take the odd spectacular catch whether out in the deep or when the opportunity arose with the gloves on. I distinctly remember Neil always being keen to tell anyone who would listen how I was the best fielder he had ever seen (he probably said this to plenty of others too). On relocating back to the area in 2004, and having missed playing cricket for a few years, I toyed with the idea of getting back in to playing and wondered, if I could remember exactly where the ground was, whether SMCC would still be going and if I might still recognise a few people. So I walked on to the ground one weekday evening, having noticed there were some children practising. After a minute or two, a bear’s paw grabbed me by the shoulder, turned me around and without a moment of hesitation Neil’s wonderfully rich voice said how pleased he was to see me, that I didn’t look a day older, and had anyone ever told me I was the best fielder he had ever seen. It was one of the warmest welcomes I can ever remember, and I was genuinely touched that he remembered me so well.

The second is a more recent memory, when, a few years ago, with my son, Jack, we bumped in to Neil at the Didmarton point to point one Saturday afternoon. I saw Neil from afar in amongst the crowds of people, and it was obvious he was in his element, in amongst the horses, with his camera, and saying hello to all the people he knew (which, let’s be honest, in his case must have been exhausting). I took the chance even so to go over too and introduced Jack to ‘my friend Neil’, and immediately it was as if there wasn’t another person around. He spent time with Jack, talked to him about the horses, talked about Jack’s own burgeoning cricketing career, and Jack was absolutely captivated. Somehow, in his own way, Neil wasn’t an old man who Jack didn’t know, he was a man of immense knowledge and warmth and he quickly developed a friendship with Jack in the same way he had with me all those years before.

In recent times, I met Neil a few times as he battled cancer, and although painful to observe, Neil never once let his attitude to life and his courage slip. I think back now to the evenings Neil was involved with as part of the Smile Out Loud efforts with Nick Burridge, when I and many others listened and laughed to Neil’s recollections of his life, whether halfway up a mountain with gorillas or at a sitting of some sort with someone royal or famous (or both!). I will miss Neil terribly, and his passing is the end of an era for me and all involved with SMCC, but I won’t feel sad, as Neil’s was a life well lived… and I have said a quiet thank you to him for considering me a friend.

One Comment on ““A true gentleman who lived life well…””