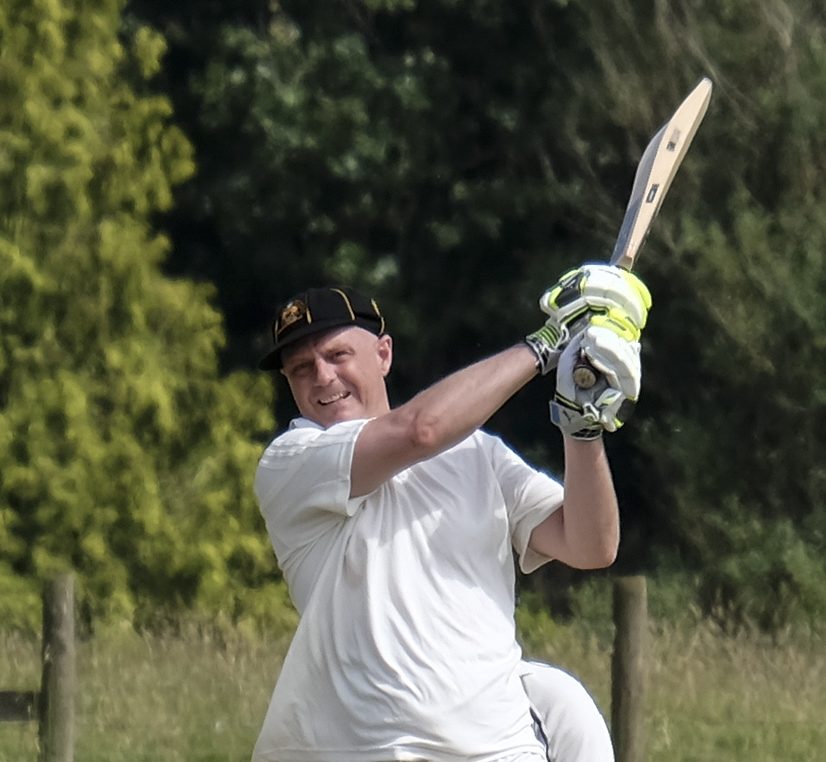 The 2nd away league outing of the season for the mighty Sherston Magna was in many ways highly comparable to the first – a beautiful sunny day, a wonderful Wiltshire cricketing venue, a cracking tea-time spread, and a bludgeoning innings by Nic Bruce.

Captain JK won his 3rd toss of the year and elected to field with the wicket looking dry and the sun shining rather more brightly than many were prepared for (as Archie will attest). Wilcot’s opening batsmen were composed and frustrated Sherston’s bowlers in the early periods scoring (35) & (25) respectively. When the breakthrough finally came in the 12th over via the medium-paced and particularly accurate bowling of Ed Reed, wickets began to tumble more quickly. Ed bowled superbly during his 9 over spell taking 4-wickets in total and alongside Alan Dickenson (2 wickets) and Simon Hulance (2 wickets) Wilcot were soon reduced to 100-8. A slight rally of the tail took Wilcot to 139 all out in 39.2 overs but Sherston went into bat after tea feeling very confident.

Sherston’s innings started very positively with Archie Walsh looking in particularly good nick, scoring a confidently played (32). When Archie was caught in the 10th over it brought Nick Stavri to the crease alongside Ben Dickenson with the scoreboard at 38-2 and Wilcot’s bowlers enjoying a decent spell. The two of them saw off some good line-and-length during a significant stage of the innings, however, after a slow 10 overs and with some timid shots at both ends of the crease, Sherston’s run-rate began to fall back. When Stavri played-onto his stumps in the 23rd over for 4 it brought the toil to an end, and more importantly Nic Bruce to the crease (Nic had initially dropped down the order after hurting his thumb using some unconventional fielding techniques). Nic went on in his inimitable way, to take the game away from Wilcot very rapidly with some exceptionally powerful and positive shot-making.

Bruce ended with 52 from 30 balls, scoring the winning runs and with Sherston eventually finishing on 140-3 in 30.5 overs. Ben Dickenson is well worth a mention anchoring the innings with 36 not out, but the day once again belonged to Bruce.

Sherston Magna roll on with 4 wins out of 4 and not a rainy Saturday in sight!