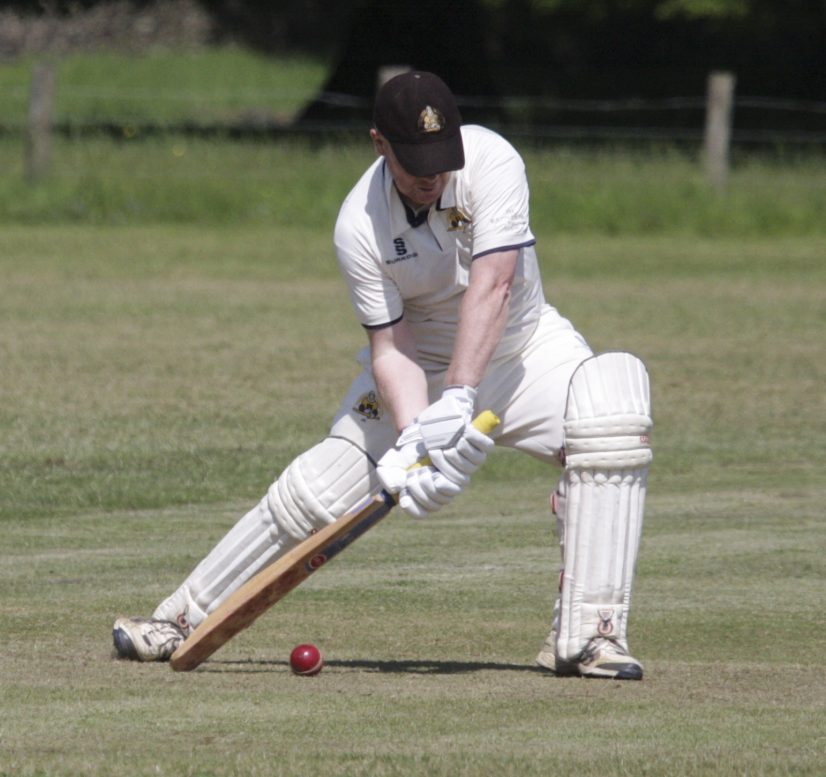 An opener’s tale – from the sublime to the ridiculous

The two matches played following boule day couldn’t have been more of a contrast! The only similarity is with the results with the Sherston juggernaut ploughing on and the pressure remains on the top 2, who play each other next week. Taking each contrast in turn.

The Weather – Sherston turned up at Winsley in a furnace, Wilcot came to town in a gale (which seemed to like playing chase with the covers) and after a huge downpour in the morning.

The Wicket – Upon inspection the strip at Winsley looked like rock hard and flatter than the M4 (which the late Mr Bruce can attest too, having spent plenty of time on it that day!). Upon arriving at Pinkney park the wicket looked like we’d gone back in time to early April and as green as one of the openers felt after a couple of warm up beers the day before.

The Outfield – Winsley looked like a sheet of glass (as Nick Bruce again found chasing leather in no spikes), Pinkney Park was a little slower despite looking as splendid as always!

The Toss – Given the weather the wicket and the outfield batting first at Winsley and second at home to Wilcot was surely the call, but sadly the captain couldn’t deliver so Winsley had first use and Sherston were asked to bat by Wilcot

The Opener – These two games told the age old tale of opening the batting as Harmer strolled out to take strike, first with the task of chasing down 203 at Winsley, he batted with control and picked his shots holding the innings together before being out for 81 with the scores level (some would say walking off a hero in the process). Roll forward 7 days the same opener was walking off the pitch at 13.01, 3 balls in, having left a ball on the green track, and the ball nipping back and clipping the bail. A long afternoon from there…
What a contrast a week can be……..

All in all, this could also be the tale of two great victories for Sherston, firstly a good all round performance at Winsley, limiting the opposition to just over 200 on a pitch where 300+ would have been chase-able. Good bowling from Harmer 3-36 (he had a rare good day with both bat and ball) supported by another sound opening spell from Pegg (2-18) with all other bowlers taking a wicket including a first for the club for George Bruce! The chase was paced brilliantly with great support provided to Harmer from Walsh and Shipsey.

Roll forward a week to Wilcot, Sherston batting first were in trouble with 3 back in the hutch with less than 50 on the board but enter Hugo Shipsey with swashbuckling strokes and sound defence got Sherston to a competitive score of 197. He was ably supported by new boy Greg Hall (42) and the skipper (25). In response, thanks to another miserly opening spell from Pegg (2-13) and the skipper opening with himself Wilcot were never in the hunt and six down for 50 an easy win looked on the cards but despite Kutchera bowling everyone in the team (unlucky Nicky boy!!!!), some solid batting saw Wilcot 64 short but without losing any more wickets.

So Sherston sit third with the top 2 to play in the run in and cricket really is a funny game!