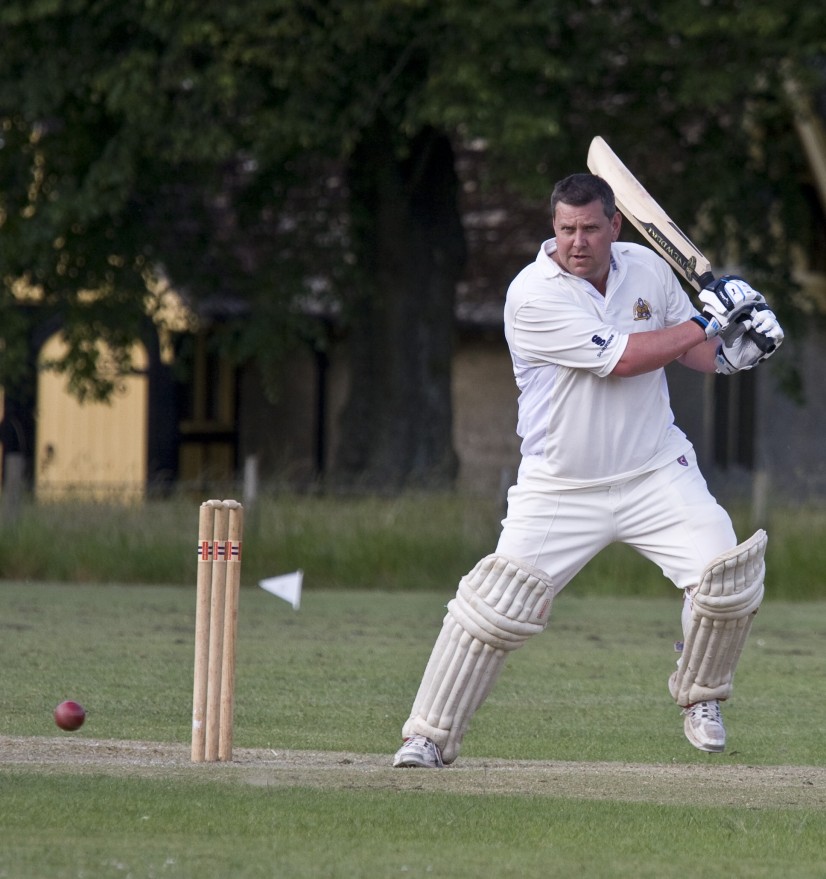 Another busy week for the skipper on the phone came to an end with managing to secure an 11th member of the team outside the Angel while the team was meeting (Paul Shortridge who went on to wicket keep for the afternoon!)! That nearly was brought back down to 10 following one member of the squad, lets call him Salix Fepsey, didn’t read the meet time correctly! So the squad had to dash to make the early start (there was a small village celebration going on in the village).

The skipper won the toss (yes two weeks running) and again inserted the opposition. A great opening spell from Andy Pegg (10-3-20-3) blasted open the williamstrip top order. Sherston were looking at a very early finish until a middle order recovery from Reeves and Sadhu for williamstrip looked at pushing the score into substantial chase territory. The skipper rotated his bowlers, including bowling two of this years wicketkeepers until finally Goodwin (yes Goodwin) got the breakthrough having Sandhu caught. Reeves continued to plunder runs until some fine death bowling by Hulance (2-24) and the Skipper (2-15) bowled Williamstrip out for 159.

A quick turnaround as no tea was taken and Sherston started their reply. Lovell looked rusty, especially when carving a long hop tamely to point for 2. Harmer joined Kutchera at the crease for a blustery partnership with Kutchera, despite crashing some brutal boundaries, departed in the usual fashion for one shot to many on 25. Goodwin and Harmer steadied the ship with some nifty running and punishing the bad ball before one quick single left the skipper short of his ground having made 28. Fitch Peyton started pleasingly aggressively but was caught for a quick fire 13. Dickenson strolled to the crease and setting his sights on getting at least 10 knuckled down and eeked Sherston towards the total. A number of bowling changes we made by Williamstrip in search of the breakthrough but Goodwin brought up his third fifty (52*)of the season with the winning runs with 5 overs to spare. Dickenson remaining unbeaten on 27.

Being the Boule week break and one game into the second half of the season, its time for a mid year review. So the skipper has given his scores out of 10 for the season so far.

Availability – 6.5/10 – This score would have been higher a few weeks ago but having struggled in the last few weeks to get 11, definitely an area to improve for the rest of the season

Batting – 7/10 – One total collapse verses Stow and two mini vs. Cricklade and Barnsley have dampened a pretty good batting year, but with 2 hundreds and 9 fifties a pretty decent effort. The top ten batsmen are shown below:

Bowling 6/10 – Far too many full tosses so far this year and our lack of ability to bowl teams out has hurt our average points (along with the collapses above). Some sympathy with the bowlers for the fielding (see below) but improvements in line and length will reap rewards. Top ten bowlers below:

Fielding – 5/10 – Some excellent sparks including young Mr Goodwin and not so young Mr Cartwright vs. Barnsley and some decent catches but on the whole mobility has been issue and a few too many chances are going down. Plenty of fuel for the fines master here!

Morale – 9.5/10 – All the above being said, but for the odd grumble here and there, it has been the usual pleasure to Captain the side, fun and frivolity has been had and the fines after games have been extremely good fun! One in particular but that’s safe in the sacrosanct of the fines confessional!

Captaincy – well that’s for you to decide……