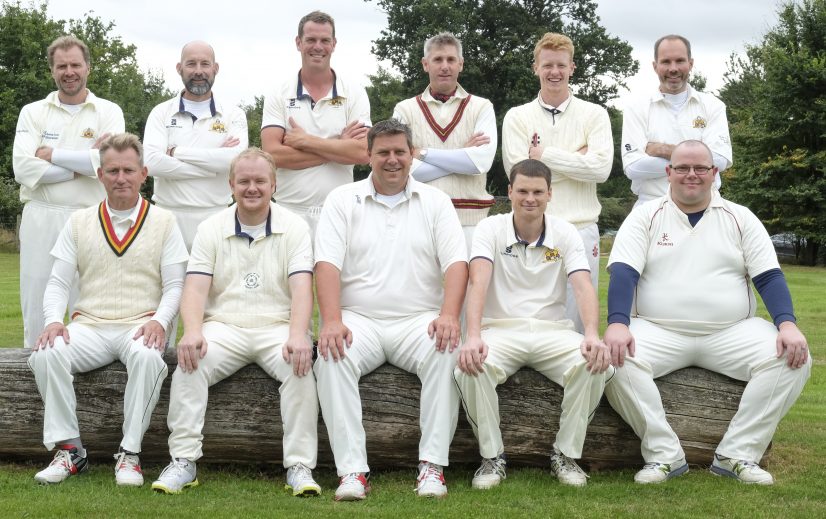 Sherston Magna traveled to Spye Park on the last Saturday of the league fixtures in a match that if Sherston were to win then automatic promotion to the Wiltshire league division 4 would follow. The weather was set for early rain but then a clear afternoon was in forecast.

Sherston won the toss and elected to bowl. The plan being that with the strength and depth in the SMCC batting line up if we restricted the home side to a modest amount, then chasing would be the best option.

The Spye Park opening pair of Reeves and De Maas started slowly against the opening attack of Pegg and Nelson and were 35 for no loss from the first 10 overs. First change was the ever athletic Simon Hulance who after finding his line and length and dispensing with the less than popular throat ball proceeded to ball a very tidy spell and managed to break the opening partnership. Andy Pegg in his second spell bowled De Mass for a respectable 34 and at this point the Sherston tails were up. The only other resistance from the batting side came from the Spy Park no 4, Fin Fielder, who hit a lovely 44 before being bowled by the filthy leg spin of Richie Cartwright. To be fair the poor lad was probably put off by the fact that RC was sporting a cravat but you take whatever advantage you can in this game….

The middle-order and tail didn’t put off too much resistance and the final tally was 141 all out from 41 overs. Pick of the bowlers were Cartwright with a respectable 3 for 26 of 7, Kutchura with a very tidy 2 for 6 off 5 and Hulance with a steady 2 for 30 off 9.

In reply, Sherston opened the batting with Cartwright and Harmer who started brightly before Harmer fell for 16 to a decent catch from Fielder which brought the ever experienced Fisk to the crease. Cartwright clipped a classy 32 before being caught by the ever-present Fielder bringing Hall to the crease. Fisk battled to a dogged 9 before being bowled by Fielder (My man of the match for the opposition!) and although there was a 6 over period where the home team looked like they were slowly creeping back into the game Archie Walsh batting at 5 thought otherwise and smashed the ball to all parts with a very speedy 66 and bring proceedings to a close in the 28th over.

The game was won by 7 wickets and SMCC have gained promotion to the 4th division of the Wiltshire league.