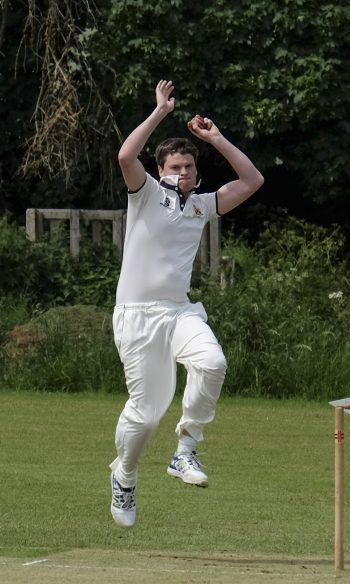 Sherston Magna had a fine win against one of division 1’s stronger teams on Saturday 27th May.

Making what looked to be a below par score of 149-8 after being asked to bat first, it was a strong bowling and fielding performance that saw Sherston win. The pick of the bowlers was Andy Pegg who won the game bowing the dangerous Rhys Mills for 70 when Cricklade had reached 145 with 13 overs remaining. Pegg finished with 4-21. But Andy was well supported by Simon Hulance 3-27, Dave Nelson 2-50 and Buzz Burrans 1-31. The bowlers were supported with two catches and a stumping for Ben Dickenson. In fact it was only a few dropped catches that prevented the game finishing earlier.

Sherston’s innings had started well with James Kutchera hitting a typically forceful 46, with Ben Dickenson supporting James well. But after James and Bent were out it was only really Ian Gould with 36 not out that took Sherston to what was a competitive score.