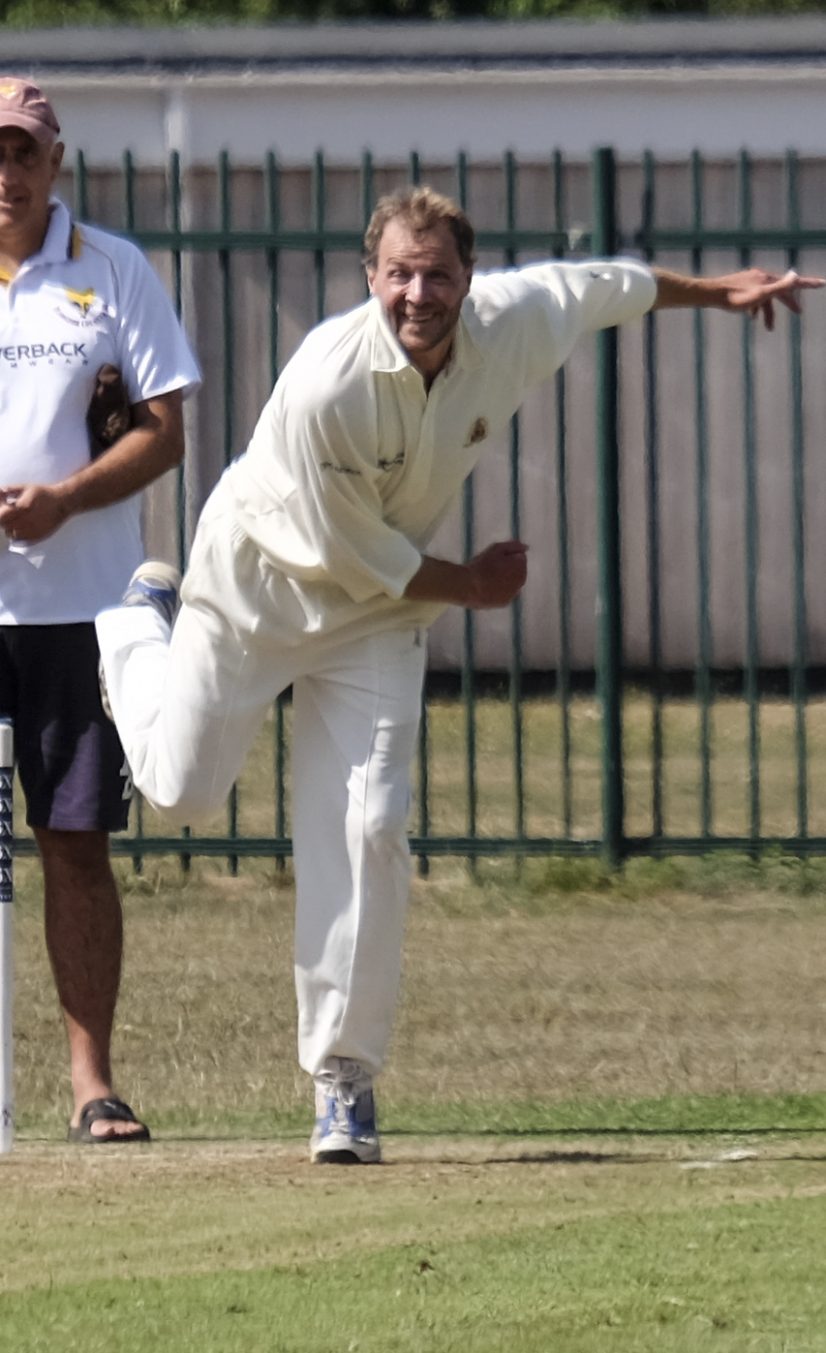 On another scorching summer day in 2018, Sherston Magna won the toss and with a team nearly full of spinners Captain Kutchura hoped that the wicket would possibly turn a bit and opted to bowl.

The opening pair of Ben Dickenson and Kutchura started steadily but the Blunsden opening pair of Davis and Dodson proved a good match for the spin twins and on a lightening outfield quickly got to 53 for no loss in the 13 th over. The next bowling change of Alex Alman and Archie Walsh also bowled well but were unrewarded for their efforts.

The next spinner into the fray was the Old Dog Alan Dickenson who after a slightly ‘rusty’ start got the breakthrough at 101in the 19 th over with a filthy full toss that Dodson, on 30, kindly chipped to DFP at short fine leg. The next to the wicket was Hanal who hit a quick 22 but was also caught by DFP off a full toss. (It seemed the most effective ball to bowl!) After that the wickets came quick and fast with Alan Dickenson finding his old form and picking up 6 for 42 off his 9 and the other wickets were shared by Walsh (2) and Kutchura (2). Only Mundy offered any late resistance with an unbeaten 42 but in the end the final tally stood at 191 all out.

In response the Sherston opening pair of Jarvis and Lovell started steadily and on a track that was not offering much to the Blunsden attack got the score to 91 for no loss. Jarvis batted well (for a man who has no working knees) but was the first to fall LBW to Hackett for 65. This brought Hugo Shipsey to the crease. Looking like a man who had a party to go to that evening he played shots all around the ground in very quick fashion. Lovell was the next to fall after a studied 35. Walsh and Howell didn’t trouble the scorers greatly and after Howell was unfortunately Run Out this brought Kutchura to the wicket. He clearly was invited to the same party and smashed a very speedy 38 to see the game concluded in the 29 th over. In fairness this was a depleted Blunsden side but it was all in all a convincing 6 wicket win for Sherston.