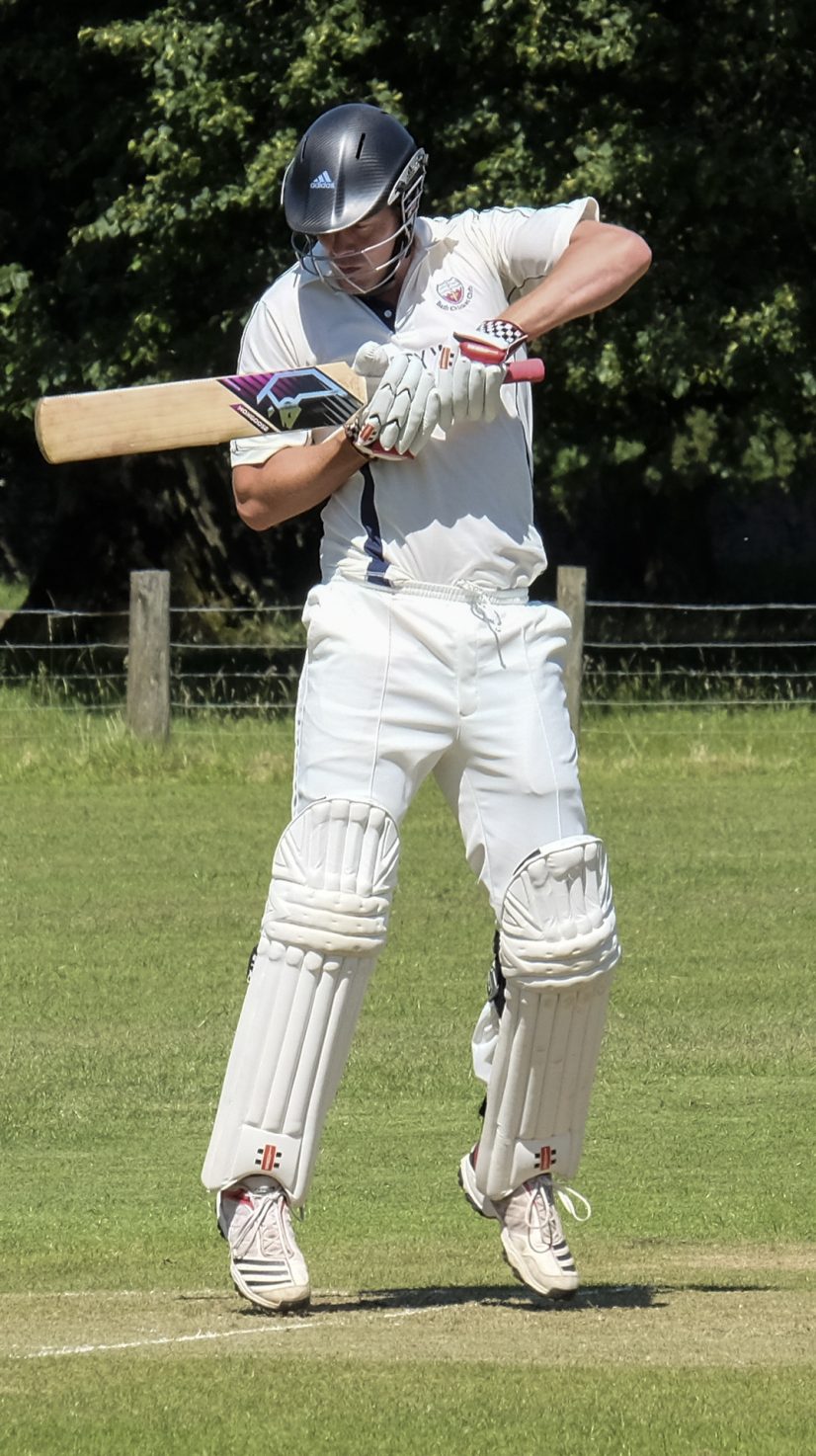 Back to winning ways…

On a less than beautiful mid-June afternoon Sherston Manga hosted Beckington’s 2nd XI and with captain Kutchera winning the toss Sherston took to the field. Beckington started well, gathering 14 runs from their first 5 balls however the 6th ball was Pegg’s first wicket of the day and was the start of the Beckington collapse. Pegg continued to apply pressure with his sharp bowling finishing with 3 wickets however it was the extra bounce that Nelson was able to produce at the other end that caused the majority of the problems for the Beckington batsmen. Nelson ripped through the oppositions batting order picking up 7 wickets for a mere 18 runs in the quick time of 6 overs meaning Beckington had only one batsman make double figures and were all out with a total of 61.

In return, Sherston opted for a mix of youth and experience to open the batting. A strong and stable partnership was formed and even though the experience of A. Dickenson was undone by some crafty slow bowling for 16, it was Walsh and Harmer who sailed Sherston across the finish line with 17* & 23* runs respectively.

Strong team performance but the day was Admiral Nelson’s.