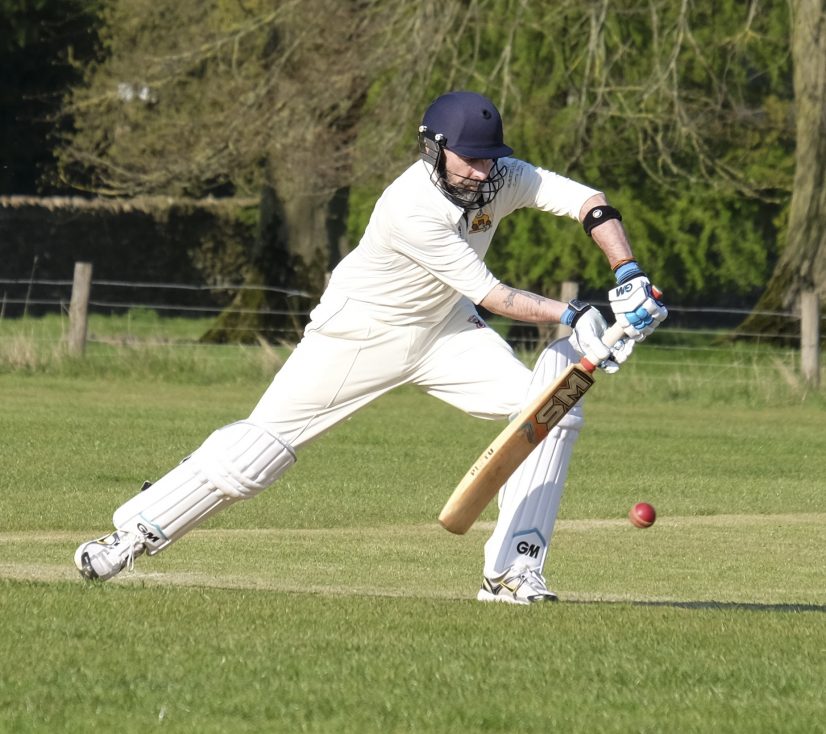 On 20th July, Sherston returned to cricket after boules weekend with a slightly rusty and disappointing loss to Westbury 2s by 8 wickets.

Sherston lost the toss and were invited to bat on a pitch that was dry although there had been significant rain the day before and in the morning.
Sherston started well enough with a solid opening partnership of Andrew Jarvis and Chris Fisk against bowling that apart from one opener was either slow medium pace or spin.

The lack of pace on the ball caused difficulty in scoring freely and apart from another measured knock from Greg Hall. Sherston seemed to lose wickets at the wrong time and failed to push on and score the runs that were necessary to post a competitive total. Apart from Ed Reed who received a ball that turned and kept very low all the batmen played a part in their own wicket. Sherston ended up on 187-8 after the 45 overs which we hoped was competitive!

The last thing you want when you post a below par score with a depleted bowling line-up is injury to your strike bowler.

Unfortunately, that is what happened with Andy Pegg feeling a recurrence of a hamstring injury. Andy, captaining in JKs absence turned to a youthful opening partnership of Archie Walsh and Xander Allman. Whether it was the lack of match-practice after the break or not.

Archie had difficulty with his line to start with and although Xander started well, Westbury got off to a bit of a flier.

Andy turned to Greg, also suffering a bit from injury, to try to stem the flow and eventually decided to bring himself on from a short run up.

When Chris Fisk joined Andy in a bowling partnership a measure of control was brought and Sherston did take two wickets but Westbury batsmen were not under any score board pressure and they consolidated and then pushed on. Patrick Frost did get an over at the end but it was too late for any real impact to be made.

The 28 extras conceded by Sherston in Westbury’s innings would have been Sherston’s 3rd top score – so improvements needed in both the batting and bowling departments.