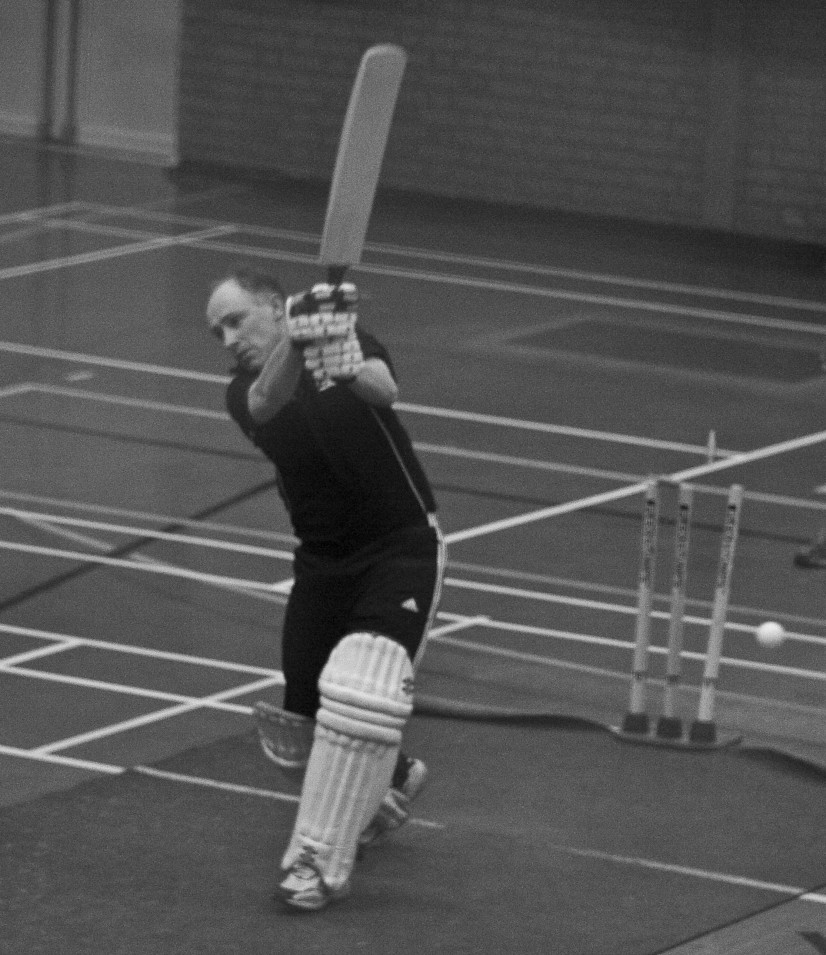 After unfortunately being relegated from Division 1 of Chippenham’s Indoor Cricket league last season, our main aim this season was obviously to get promoted straight back up.

I am pleased to announce that we have managed to accomplish this and in some style as well. We were promoted with 2 games remaining and managed to win the league with 1 game remaining. Also, we went the whole season unbeaten, winning 9 and drawing 1!

Most of the wins were convincing (we only lost 2 wickets in the first 4 games!!). But we also faced some extremely competitive and close games, including a tie against Spye Park A!

The commitment shown by the players we have used this season has been phenomenal. Most players have played at least 6 of the 10 games, and 3 players have either played every game or only missed 1 game.

The fielding, batting and bowling has been brilliant throughout the season, we have scored over 800 runs in total and only lost 23 wickets, while restricting the opposition teams to under 800 runs altogether and taking 47 wickets!

The last game of the season was a dead rubber against Spye Park A, we were both promoted, we had already won the league, it was just pride and our unbeaten streak to play for. It could have been a dull game, but it ended up being the most competitive game of the season.

We won the toss and put Spye Park A into bat, after some below par bowling performances Spye Park A ended up on 120-4 off their 10 overs.

In reply we started well, with Chris Lovell retiring on 25* after 4 overs, but then after some poor batting decisions we left ourselves needing 32 runs to win off of just 2 overs, with 4 wickets down.

Up stepped Richie Cartwright and Harry Stevens. They managed to get 14 off of the penultimate over leaving 18 to win off the last. They sensibly took 3 a ball for the first 4 balls, leaving 6 to win off of the last 2 balls, Richie went for 6, but was caught by a one handed catch on the boundary edge. So 1 ball remaining, 1 wicket left, 6 runs to win, Harry (playing his first cricket match in 9 months!) smacked a full toss for 6 to win, sparking wild celebrations!

I look forward to leading the team into Division 1 next year, and hopefully continuing our winning ways!