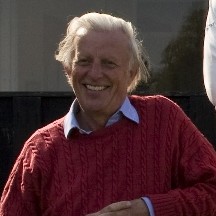 A long held dream of the club was finally realised on Sunday as the new practice facility was officially opened at Pinkney Park. I had the pleasure of introducing Neil Forster the club president and Steve Silk CEO of Gloucestershire Cricket Board. Neil took a few moments to reminisce about the early years of the club and Steve talked about the excellent opportunity the club had to grow with the new facilities and the ever expanding junior section of the club.

After the opening ceremony and with the back drop of an U11 fixture, a few glasses of bubbles and a bit to eat, there was an opportunity for old members to catch up and new members to be introduced to some of the clubs “legends”. It was fantastic to see so many people at the ground to support us.
The day was supposed to be rounded off with a Sunday fixture, but unfortunately the opposition were unable to raise a side. This just highlights the fact most people involved in village cricket will be aware of that many clubs are struggling for numbers as participation has dwindled. It is therefore the responsibility of clubs like Sherston Magna to keep all that is good in village cricket going.

To that end the Sherston team that had turned out with the help of some pressganged players from the people standing by the bar managed to put on some entertainment in the form of a 25 over 8-a-side match. This was fun to watch if not always competitive.

Once again I would just like to thank all those who have made this possible with their support whether it be in the form or funding or time and energy.