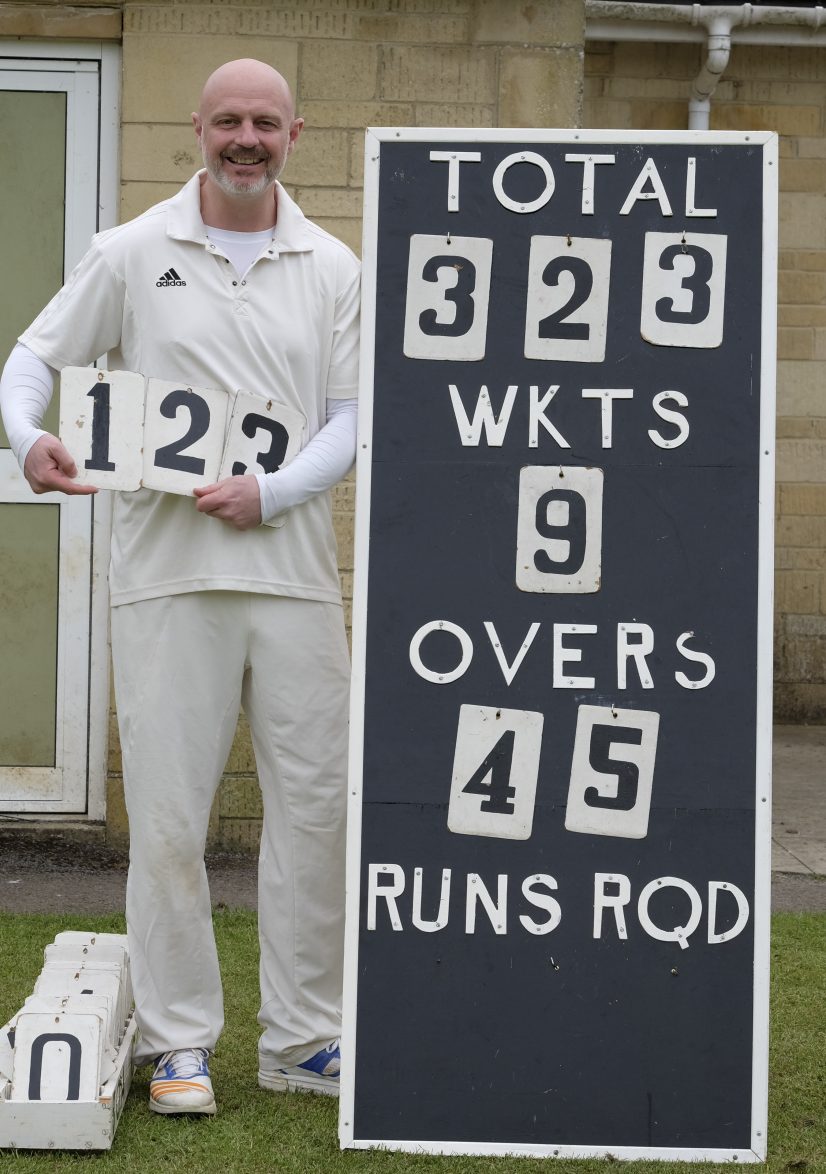 After losing the toss on what looked like a slightly grassy wicket Sherston were asked to bat.

Alan Dickenson and Archie Walsh were asked to start the match off and made a slowish but steady start to 25 before the Archie lost his wicket to a sharpish catch in the gulley. James Harmer looked stylish for a short time before playing on to a wide one which brought Nic Bruce to the crease. Alan still in and back from retirement felt it was only right to offer the new boy advice to help his nerves. ‘Play yourself in Nic, you’ve got loads of time’ Alan offered. ‘I don’t know how to do that. I can only play one way’ Nic responded and subsequently went on to smash 123 to all parts of the ground before being caught. It was an impressive display of hitting. Ed Reed and James Kutchera also showed some impressive hitting with Ed reaching 58 and James a very rapid 41. The tail put on another 23 but the highlight of that end of the innings was last man Will Taylor’s unbeaten 6. Will’s first league runs. Sherston finished on 323 for 9 off 45 overs.

Needing 7.2 per over in response Bradford on Avon had a very huge mountain to climb and although their openers Moss and Johnson started brightly once they were both out the rest of the team collapsed to 58 all out and it was all over in the 14 th over. Andy Pegg finished with very impressive figures of 5 for 33. Narrowly missing out on what would have been his first hat-trick by dropping a catch off his own bowling. Ben Dickenson also bowled well and was rewarded with tidy figures of 3 for 20 off his 6 overs. Simon Hulance finished the innings by taking the last wicket and if the mathematicians among you have spotted that only adds up to 9 – one of their chaps nipped home, came back an hour later and missed the end of the game!

All in all a comprehensive win for the Magna but we must assume there is stronger opposition to come.