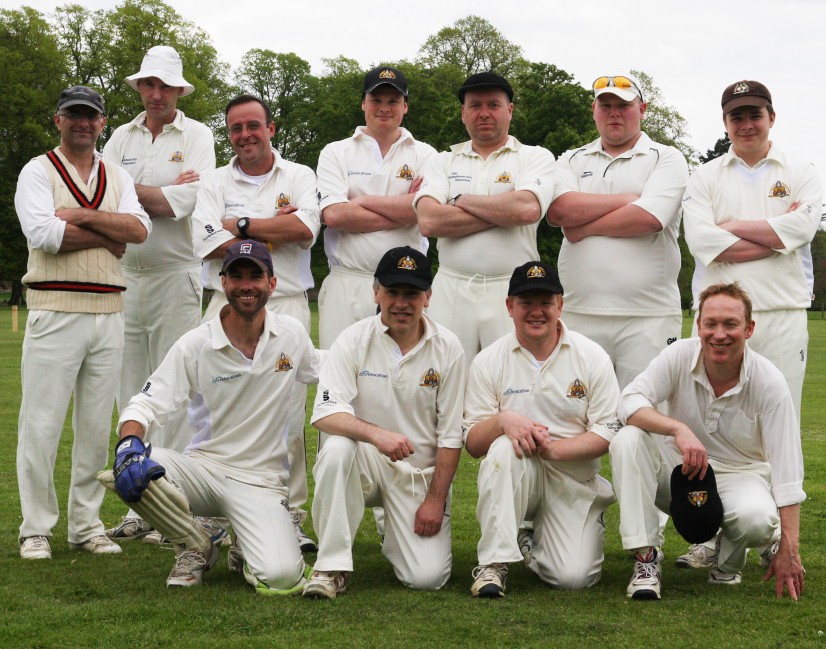 A buoyant Sherston side made the shortish trip across to Barnsley – not the Yorkshire one! ;-( to see if they could make it three wins in a row and disrupt Barnsley’s title bid!

A wet green pudding greeted the two sides therefore the toss was crucial. On some bad advice (Goodwin!!!!) the skipper lost the toss and we were inserted unsurprisingly. It was hard going and some poor shots (in particular from Harmer it has to be said!) Sherston were struggling at 34-3. A good partnership from Lovell (32) and Dickenson (24) looked to put Sherston back on course until some late wickets meant Sherston were bowled out for 143.

On a small ground that total was always going to be tough to defend. A great opening spell from Pegg unluckily produced no wickets and Barnsley were able to make a steady start. Wickets were needed for Sherston and after some inconsistent umpiring calls and some rattled erratic bowling, the target was coming down. Desperation from the skipper say him bring himself on and had the desired effect with 2 wickets in his second over. A wicket from Kutchera brought some more hope but one less player with Paul Shortridge rupturing his Achilles hobbling off!

Sherston huffed and puffed and despite wickets for Harmer who finished with 3-17 and Pegg, Barnsley got home with plenty to spare. A frustrating day!

So on to the last weekend of the season. A double header. Home to oakridge on Saturday to see if we can round the season off in style with points and player awards to play for! On Sunday we make the trip to purton for the inaugural ainslie’s ashes game. Hope to see a good Sherston turn out!