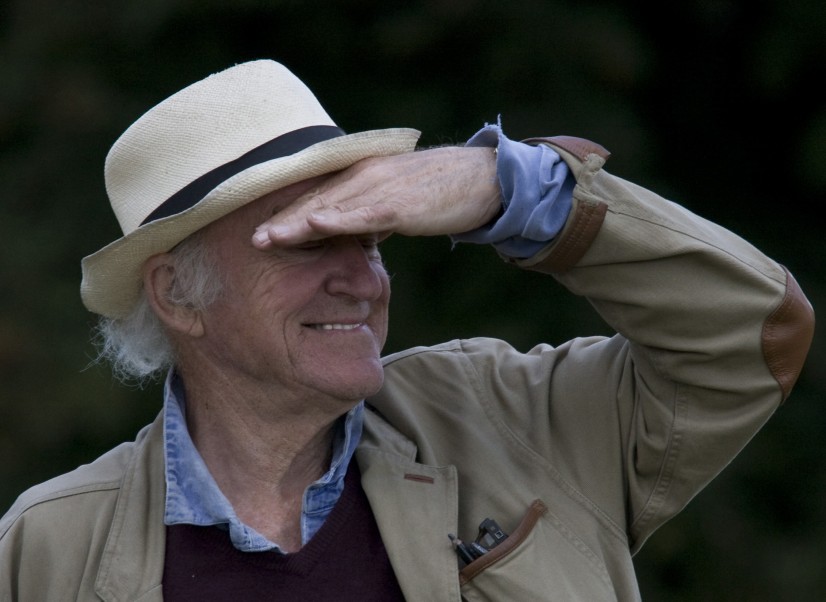 Magna Magic profiles a man with a lifetime of cricketing passion.

Watching and developing Sherston’s young cricketers is something that he not only enjoys, but judging from the quality of cricketers to have come through his mentoring, will testify to his obvious talent at bringing out the best in Sherston’s cricketing youth. Just some of the boys to be coached and have played under Neil include; Will Matthews, Phil Milson, James
Vynne, Ben Dickenson, Ben Littlejohns, Simon Hulance, Tommy and Tristan Bourne and Ewen and Barney Kenny.

Cricket is one of two passions in Neil’s life, and has been with him from an early age. Born in war time India, where his
father was in the tea business in Calcutta, his first experience of the game came from a Ghurka, who, detailed as a house guard,
would spend hours amusing Neil with games of cricket in the family’s back yard.

This early introduction to the game from the sub-continent stuck with him and when, at the age of just 6, Neil boarded a 14th
Army troop ship to head home, a healthy passion for cricket was already deeply embedded.

Despite being ill for the first year back in England he soonmade the school XI and as he grew up he says he was lucky to play at
Bradfield, which he describes as one of themost beautiful grounds in the country.

As a schoolboy he was also coached and mentored by David Sheppard and it is perhaps here that he picked up some of the coaching skills that were to benefit Sherston Magna Cricket Club in later years.

The Sherston years Looking for somewhere to put down roots he was introduced to Sherston in 1985, where he rented Home Farm for 7 to 8 months.

Upon wandering around Sherston he came across the run-down ‘Barn’ in Swan Barton. Despite the roof not being in the best of
health he bought what is now his studio and shortly after found 1, CliffRoad, a house he immediately fell in love with upon seeing the fireplace, not even being put off by the claims that no-one would ever buy the place as it was so haunted.

It was during this time that Neil received a knock at the barn door with a ‘do you ever play cricket?’ from Graham Robinson, and so began his involvement with Sherston cricket.

By this time Neil had got to know John and Matilda Matthews who offered the team a home, with a 20 year lease at Pinkney Park. The ground took two to three years in preparation, largely in removing stones, but it soon became time for the inauguaral match
that was to be played against Oaksey. Despite best efforts the home side did not make a good start andwere in trouble at tea,
having been dismmissed for not very many runs.

Neil vividly remembers the fantastic tea that was laid on, but things soon became worse when diving for a ball he broke his
forearm. Sitting in A&E late in the evening Neil was surprised and then delighted to receive a call from John to say that we had won the game! The visit to hospital also uncovered that Neil had been playing with a broken arm for 30 years!

In the summer of 1994, Neil was interested to see some boys playing at The Rec and offered them the opportunity to have a net with him. Half a dozen boys duly turned up to that first session,with a dozen boys turning up the followingweek. And so the
junior section was born. The first fixture was arranged against Hawksbury Upton where Will Matthews was drafted into the side and promptly stole the show with a match winning performance.

Other memorable moments for Neil include meeting a ‘shambolic figure’ who introduced himself as Jed Pitman. Playing against Calne, Jed came in at no.3, with the stuffing coming out of his pads, not looking the smartest of cricketers, but he quickly showed his talent, with a glorious century.

Neil also remembers playing many superb games including Nettleton, who at the time, were captained by Ian Witt, one of the
friendliest but competitive fixtures in the calendar. Neil opted to start his own team for a short while, ‘The Occassionals’ a fun side that retained some great fixtures.

John Matthews reintegrated the team back into Sherston Magna and the Sunday side developed into its current format of playing a
selection of friendly but competitive matches.

Supporting the future with ‘Smile Out Loud’ Neil’s other passion of course is art and this is now helping the club through a planned illustrated book in collaboration with Nick Burridge. Nick and Neil will combine photographs of the cricketing season, illustrations and poetry to raise money for the junior section of the club.

Proceeds fromthis venturewill go towards improving the junior netting facilities at the club, a fitting dream that Neil would love to see become reality