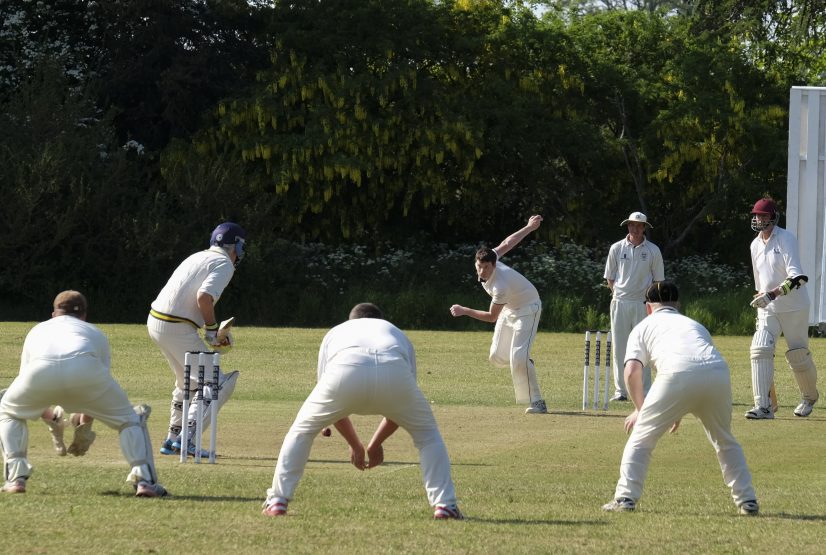 On a bright Saturday afternoon, Sherston Magna were looking for 5 in 5. When the captains walked out to the middle it looked like they both wanted to have a bowl, the luck fell Sherstons way.

There was a brilliant opening spell from Andy Pegg, finish with 6 wickets for 28 runs. However other bowlers were being punished by Blunsdon. Arul Ramasamy topped scored with 36 runs, before chopping one on to his wickets from the bowling of Walsh, who finished with figures of 2 for 16 runs in 7 overs. Although Blunsdon lost some early wickets, there was a good stand between J Shelley & J Mundy who put on 34 runs between them, before being cleaned up by Andy Pegg in his second spell, who ended with 6 for 28 runs in his 9 overs. Another honourable mention goes to the ‘GOAT’ Alan Dickenson who bowled a good spell finishing with 2 for 4. Blunsdon finished with 103 runs in 31.2 overs, which Sherston felt confident to chase down.

Sherston started there run chase with DFP and A Walsh. It didn’t get off to the best of starts with Walsh getting trapped LBW by J Goulla having only scored 2 runs. However, that brought James harmer to the crease. The pair started to build up the runs quickly, with DFP playing some aggressive shots through the off side, and James Harmer playing some fantastic cover and straight drives. Unfortunately, this partnership couldn’t see Sherston to the final target, as DFP fell subject to another LBW decision for 29 runs. This brought Matheu Gladman to the crease, in his debut for Sherston! Gladman scored a quick 6 runs before being trapped LBW, and leaving Sherston with 12 more runs to win the game. Ed Reed went out to the middle and knew to give the stike to J Harmer, who shortly after brought up his 50. Then in the 23rd over James Harmer scored the winning runs to provide another comfortable win for the mighty magna! Sherston now 5 in 5 and continuing there winning streak.

While Sherston are looking strong, they still have some challenging opponents to come in later games.