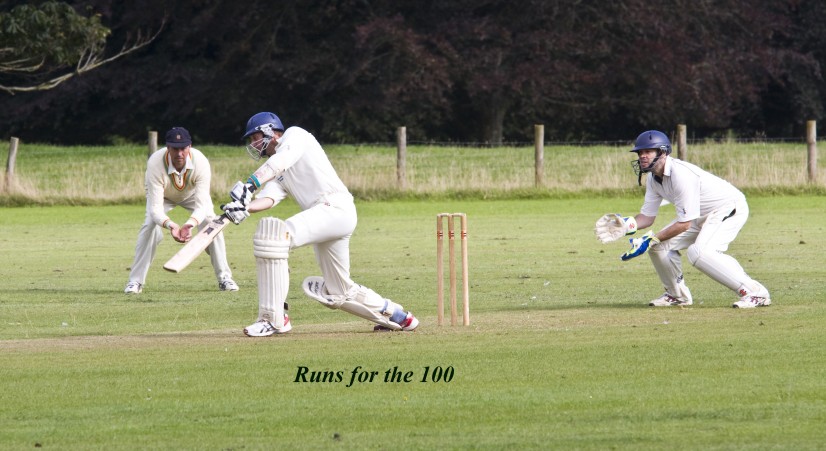 The visit of Oakridge usually means a stern test and usually a Robbins hundred in double quick time and an early visit to the pub. But this visit was rather different… The skipper lost the toss (as usual) and Sherston were inserted. A good start from Kutchera and Cartwright, thanks in part to an injury to Tremellen’s hero, Oakridge’s Ted Heath before Kutchera was caught (yep, caught…huge surprise!) for a decent 36. Harmer supported Cartwright to his 50 before going to lose leg side shot. Contributions from one and all down the order followed, with Cartwright eventually going to a chanceless hundred, his second of the year. He was eventually out for 114 and Sherston posted 233-6 from their 40 overs.

After an excellent Pritchett tea, the quick scoring Oakridge openers strode out to the middle. What followed was one of the best opening overs Sherston have bowled all season (well done chaps for hitting your strap now!!). After 35 deliveries, no runs had been scored and there had been a number of near misses. Even after a run had been scored, Hulance and Pegg kept the openers under pressure and this told when Hulance bowled Robbins. Even the introduction of “part-timer” Harmer, the runs still only dribbled and when he got the other opener caught in the deep, Oakridge were well behind the rate. The introduction of Dickenson brought some quick breakthroughs (2-27) so when after 30 overs and over 150 required, the skipper spread the bowling around so all 10 outfield bowlers ended up being used, with wickets for DFP and Kutchera.

Unsurprisingly Oakridge finished around 80 short from their 40 overs, this leaves us finishing in a credible 5th place this year with 8 wins and 7 defeats and a tie! Thanks to all who played, supported or even just though nice things about us!

Also a 2015 gallery has been posted here: https://sherstonmagnacc.co.uk/gallery/2015-season/ Why not take a look!