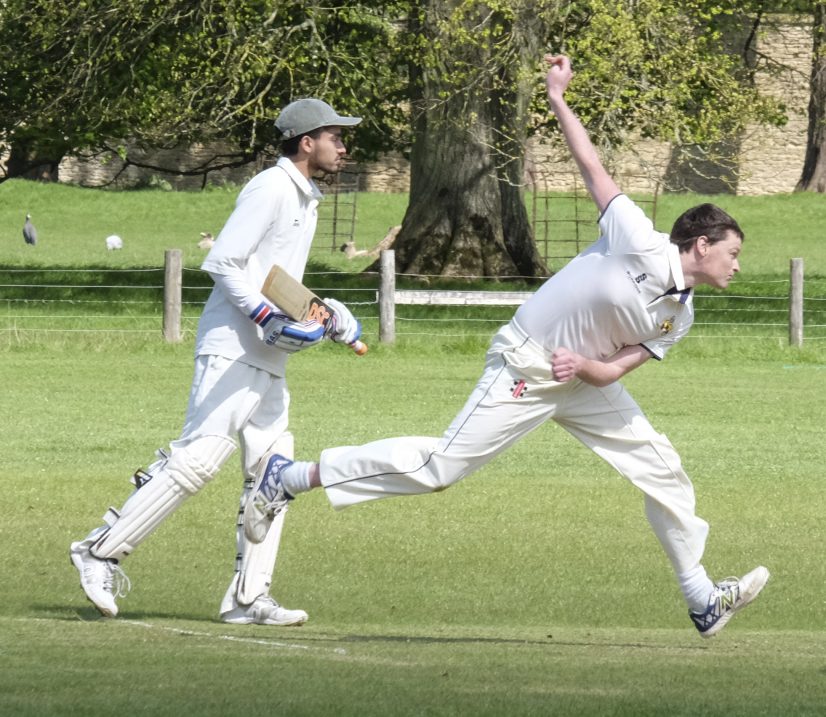 Sherston Magna registered their 1st league win of the season against a depleted Bathford CC, who only brought 10 players with them on the day.

Prior to the toss Bathford’s captain had said they were six top order batters down on last season and truth be told it showed, as the away team struggled to 48 all out after just 28.5 overs.

Captain Kutchera won the toss and Sherston took to the rather large outfield with great energy and desire. Sherston’s bowlers were exceptionally economical throughout Bathford’s innings with Ben Dickensen the only bowler to be hit to the boundary. Richie Cartwright’s ensemble of jumpers kept the umpires warm and Andy Pegg was once again the pick of the bowlers returning ridiculous figures of 6 wickets for 5 runs off his 7.5 overs – including 4 maidens. Bathford’s batters simply couldn’t cope with his pace and swing.

Tea came early and Sherston’s openers were clearly well fed as James Harmer (16) and Archie Walsh (27) chased down the meagre target of 49 in just 31 deliveries.

Whilst there was a strong Sherston batting line up to follow, the game was all wrapped up by 3.30pm.

A good first win for the Magna but there will be much tougher games ahead including the return fixture away at Purton next Saturday.