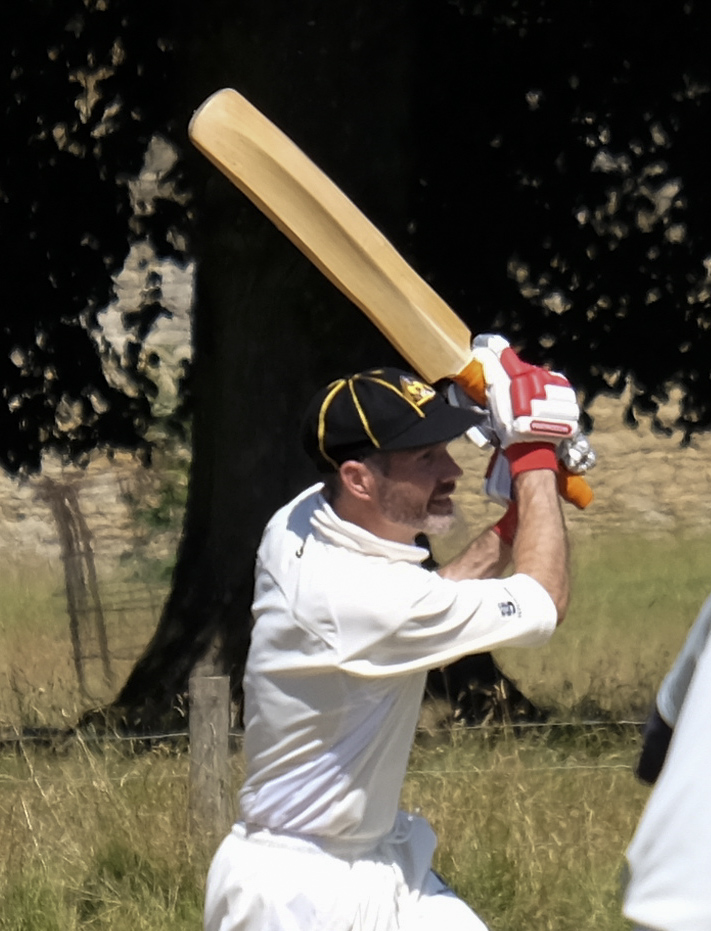 On a very warm first day of summer an athletic Sherston (Archie) took on a mid-table Biddestone 3rds.

JK lost the toss and was asked to bat first. Biddestone had done their homework and seen that our batting was a little fragile early season.
The pitch map report came back that there was a little live grass with a soft underbelly much like most of the team playing today.

With a flexible batting order was given out to the top 10 batsmen the opening international pairing strolled out to the wicket. Once out to the middle Jarv made the decision that his pads needed to be rearranged, after an 8 minute wait for the opening bowler who was now pawing at the floor with his flappy sole, play began within 2 overs Jarv asked for assistance once more from the team bench, what could it be new bat, new gloves or did he need a helmet. Well yes, it was something to do with the helmet it was rubbing.

Sherston openers moved freely between the wickets and picked up runs before Chris Fisk fell for a solid 27. Next in was Greg Hall who had not contributed much in the way of runs so far this season, with the word’s of Jarv ringing in his ears “play straight.” The next wicket to fall was Jarv for 20, this then brought Ed Reed to the crease with a brand new bat freshly knocked in. Greg and Ed both started to play some nice shots putting the pressure back onto the Biddestone bowlers. Ed scoring freely with his new bat and outscoring Greg to his 50. An over later and on 49 Greg was out caught driving on the up. Next in was Archie looking to push the run rate up with Ed the two of them ran between the wickets well and Archie obviously watching to much one day cricket on the telly played a little cheeky reverse paddle, with that going to his head Archie ran down the wicket to smash a full toss and missed, bowled for 27. Ed still batting well waited for his skipper to arrive at the crease, JK was not interested in Ed getting to a hundred he just wanted to smash the ball to all parts of the ground so he did not have to run too many quick singles in the last 4 overs. At the end of Sherston’s 45 overs Ed was 82 not out and JK 27 not out setting Biddestone a very challenging 260.

After tea the more mobile unit of Sherston took to the field. Archie was asked to take the new ball by the skipper, the Biddestone opening pair faced an Archie with his SatNav turned off, the occasion ball flew past the batsman at a good pace and into Will Taylor’s waiting gloves. At the other end, JK was more probing at the off stump line and picked up the first of his 5 wickets. During this spell, Archie produced a fantastic run out putting even more pressure on the Biddestone team. Archie was replaced with Harry Stevens who after his first over was spot on with his line and length getting the ball to turn. Biddestone were starting to losing wickets on a regular basis, Harry taking 3 wickets at the end of his spell. Biddestone being bowled out for 93 in 23.3 overs.

Well played all let’s keep the pressure on them top two teams each week.

The scorecard can be found here