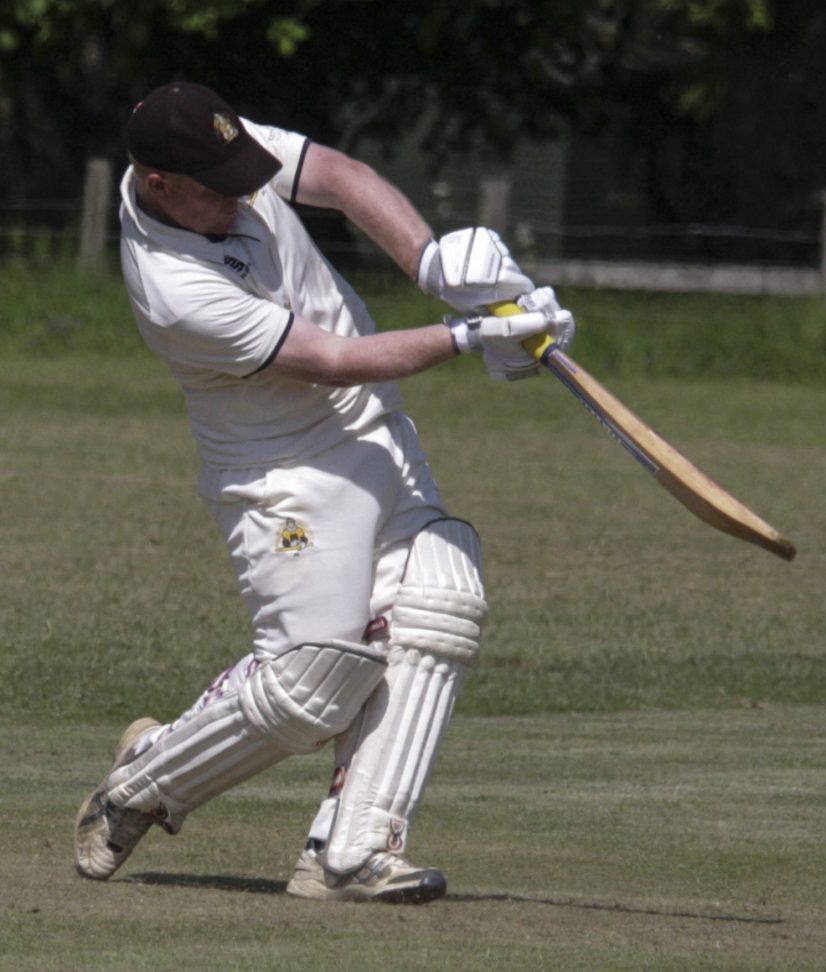 So it came down to the last game of the season, we needed a big win against Heytesbury & Sutton Veny and we needed Hinton Chaterhouse to lose to Bradford-on-Avon.

We did our part… but Hinton also won convincingly meaning we fell 13 points short of promotion to Division 5.

Our biggest win of the season was set up perfectly by James Harmer and Richie Cartwright putting on 117 for the first wicket. Nic Bruce came in number 3 and left the next ball top edging one straight up in the air.

The middle order then fired with Harmer who fell for 97 (off of 86 balls), 3 runs short of his maiden league century for SMCC to a dubious LBW decision. This brought Archie Walsh to the crease who clearly had a strong breakfast, hitting 25 off of 12 balls before being caught at long-on.

Then it was JK’s turn and he looked in his best form of the season, smacking 59 from 32 balls including 3 fours and 6 sixes! Greg Hall, on 72 at this point, was left to face the final over and with a few jokes around that he *could* get his hundred… first ball, 6, second ball, 6, third ball, 6! Greg needed 10 off the 3 remaining balls having taken 18 off of the first 3, a single followed drawing boos from the crowd. Greg finished the innings on 91 not out off of 77 balls.

So with a score of 340-6, with one of their bowlers going for only 12 runs off of his allotted 9 overs, we went into the tea break in high spirits.

A tight opening bowling spell from Andy Pegg (2-3  from 8 overs) and JK (1-23 from 9 overs) left Heytesbury 29-4 and victory in our sights, but to gain maximum bowling points we needed to bowl the opposition out for less than 75. Simon Hulance (1-12) and Harry Stevens (3-6) backed up the openers superbly and they were eventually bowled out for 59 meaning we won by 281 runs.